I’m so excited for you to see what I’ve been working on for this week’s Refashion Runway Challenge.

Ever since I found out all of the themes for this season, I’ve been looking most forward to this week because of the metallic theme.

First of all, I decided to use a couple of curtains that I was given a while ago, but never had the right sized windows to use them on.

I thought the lace curtain would look nice over the shimmery one.

I found a retro-style, shift dress pattern that I’ve had for ages and had just enough curtain material to make it.

To make things easier on myself and save time and also add length to this dress, I used the hem of the curtain as the hem of my dress.

After cutting out the lace pieces, I laid the pattern over the other curtain and cut those pieces out as well.

I started out by sewing the lace dress pieces together. 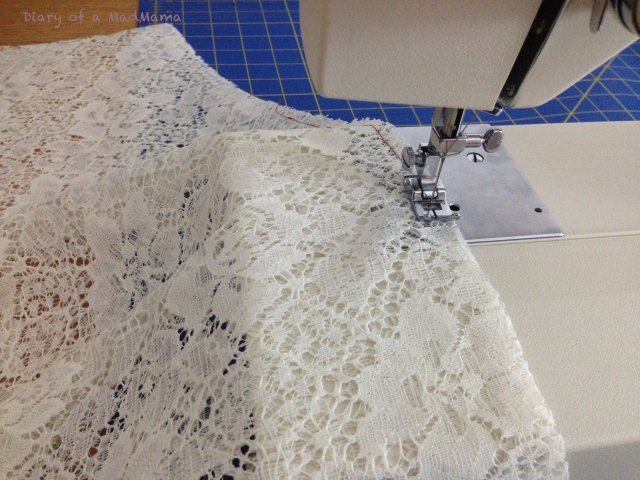 After doing the same for the other curtain, I sewed the lace and brown dress pieces together at the armholes and upper back using this awesome, copper-colored, metallic thread. 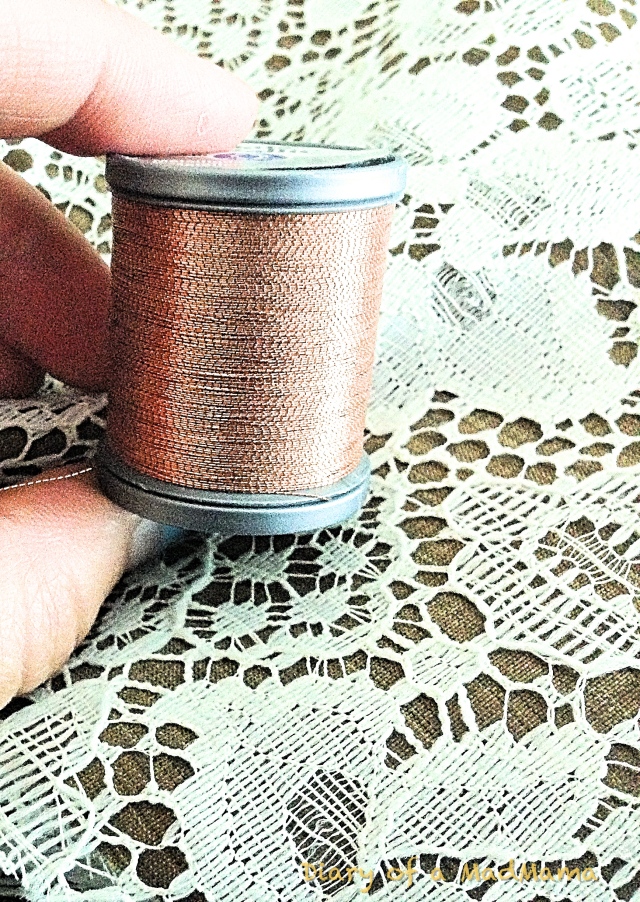 To attach the collar to my new dress, I sewed a basting stitch at the neckline and shoulders in order to gather it to the right size.

After cutting out the piece for my collar, I decided to steam out the wrinkles with my iron.

As you can see from this picture, my iron was having issues and leaked a little bit. 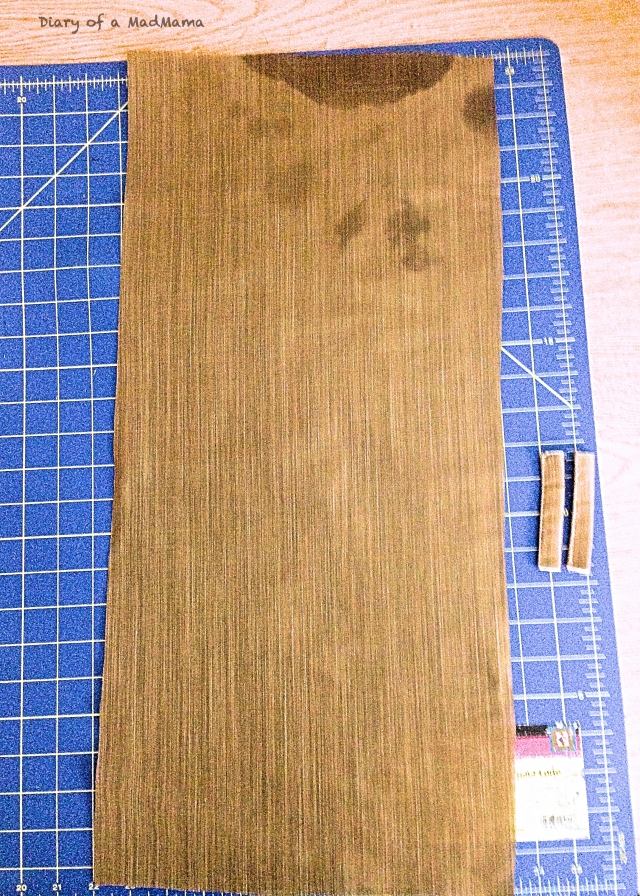 No worries! It dried in no time.

I made button loops out of small pieces of fabric and attached them to the collar like so.

After sewing the collar together, I attached it to the dress and topstitched, using metallic thread. 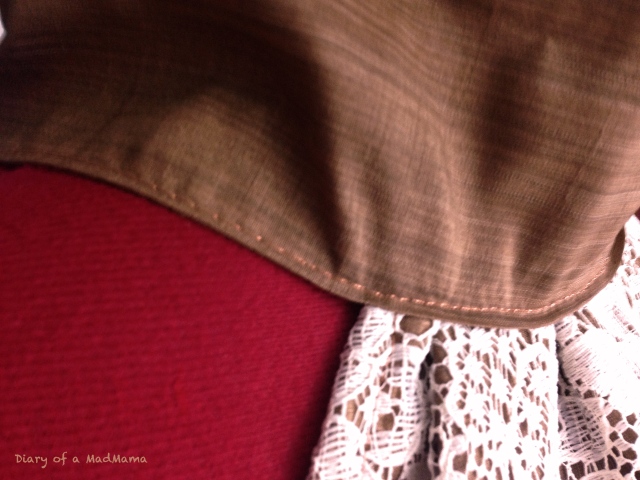 Now, other than attaching buttons on the back collar, this dress seems nearly done, except for the fact that I haven’t yet done a whole lot to stick to the metallic theme.

Fear not! I’ve had a plan all along…

I thought, how cool would it be to wear pennies on my dress. They’re made of metal after all, so what better way to fit with the metallic theme?

I soaked my pennies in a bath of white vinegar and salt to get them all cleaned up, and then began the tedious task of punching holes in all of them. 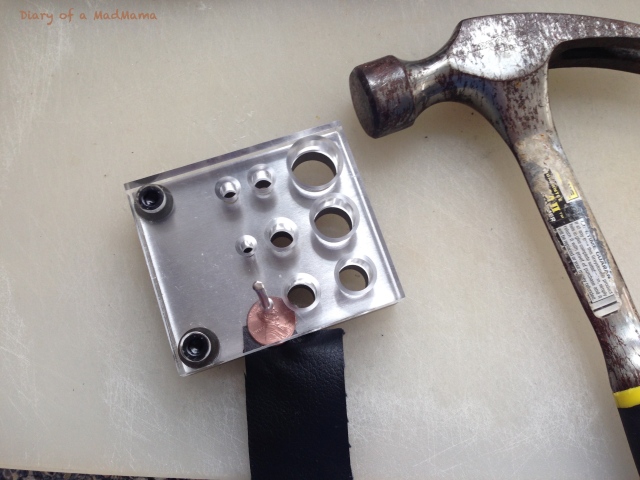 I spent most of a day hammering holes in the pennies used for this refashion. My poor thumb can attest to the fact that I have miserable aim!

Here’s a visual on how clean I was able to get most of these pennies by soaking them in the salt and vinegar mixture. No dirty pennies allowed on my dress! 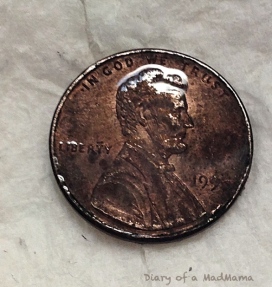 I decided to punch two holes in two of the pennies and use them for the buttons I needed on the back of the collar.

After hammering away all day I finally had a decent stash of penny charms to start sewing onto my dress. I attached some to the collar and then did a row all around the bottom hem.

I decided to make a belt for my new dress and embellish that with pennies as well.

After I finished sewing on all those pennies, the dress was finally complete! 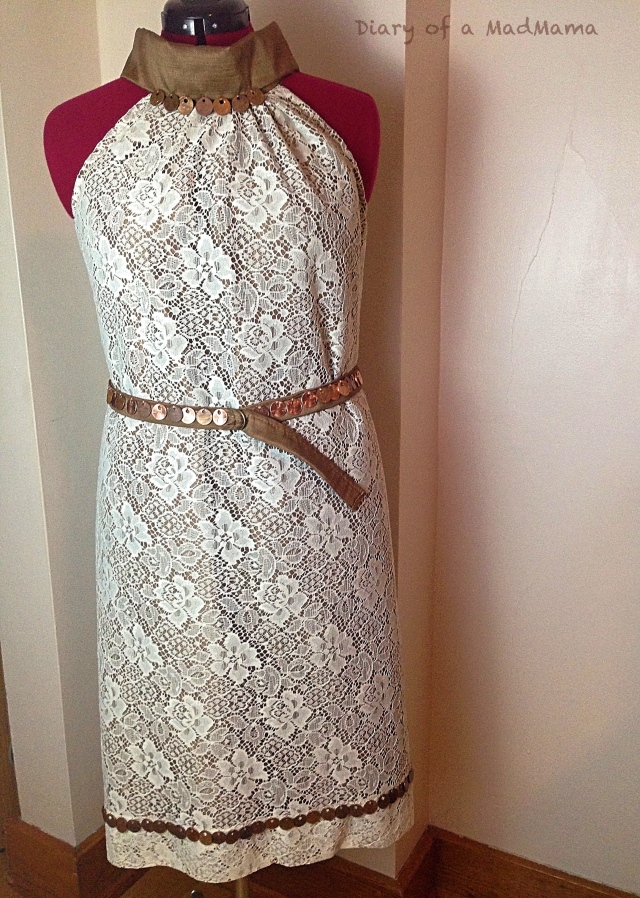 I absolutely love this dress. I feel kinda like a gypsy when I wear it and I love the jingly sound it makes when I move. What can I say? I love the sound of money! ;) 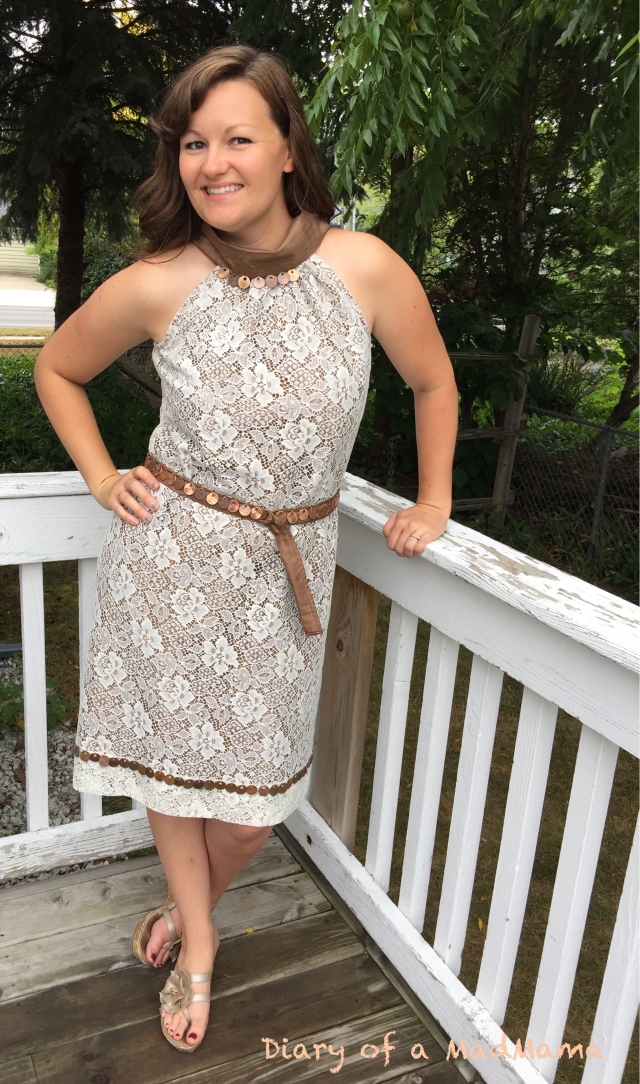 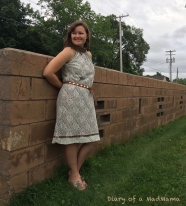 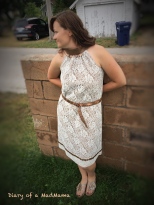 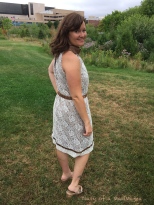 It’s been so much fun to participate in this season of Refashion Runway.

I don’t know if I would’ve thought up the idea to put money on my clothing if it wasn’t for this challenge and I love the outcome.

To see what all of my fellow competitors came up with for this week’s metallic theme, head on over to the Refashion Runway Competition and don’t forget to vote for your favorite! 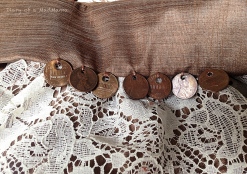 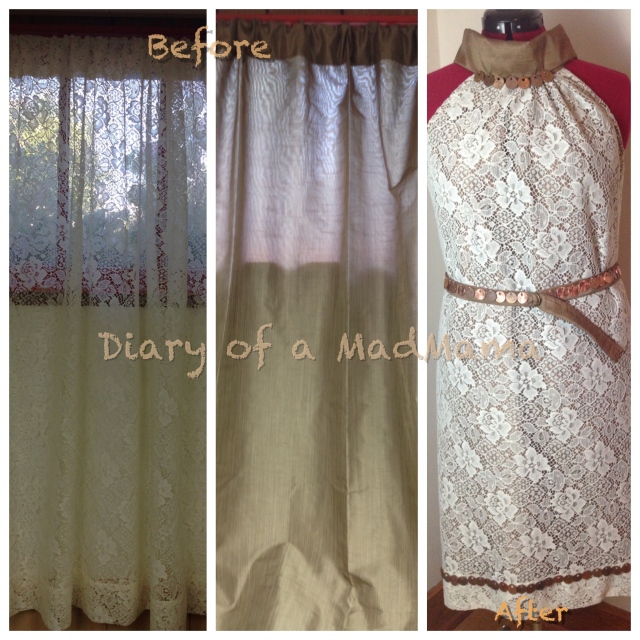